Don’t worry, mail-in ballots and Black voters might just save us from Trump

OPINION: Black voters in major cities like Philadelphia, Atlanta and Detroit can tip the scale in battleground states thanks to early voting.

Before I go off: This shouldn’t have even been a tough race, but here we are.

Right now, both Democratic candidate Joe Biden and Republican incumbent Donald Trump have yet to reach the 270 electoral votes to win the 2020 presidential race.

So far, Biden is in the lead by a slight margin, but any of this can change within hours. Battleground states such as Georgia, Pennsylvania, Michigan, Nevada, Wisconsin are still at play and can change the entire game.

Read More: Trump seeks to stop ‘all voting,’ but only counting remains

Despite President Trump trying to hint at a premature victory on election night, pay him no mind. Biden has been able to flip some previously red states blue, and it looks like Black voters might give him a winning advantage.

The saving-grace is within the mail-in ballots and high turnout in Black cities in battleground states. Unlike Trump, who spoke negatively about early voting, the Democratic party encouraged it. Analysts have been observing the Democratic advantage mail-in voting has given them so far, especially with increased voter turnout in major cities.

Biden supporters have preferred mail-in and early voting more than Trump backers. Right now, cities with large Black populations such as Philadelphia, Milwaukee, Atlanta, and Detroit have yet to be fully counted for as they represent large populations in states that could secure Biden a victory.

Fulton County in Georgia, which contains Atlanta, has yet to have a significant number of votes counted to determine the outcome. If Biden turns Georgia blue, this would significantly eat Trump’s reelection chances. Wisconsin, a state Trump won in 2016, could now turn blue thanks to the increase of Black votes in Milwaukee.

In Philadelphia and surrounding counties in Pennsylvania, over 350,000 mail-in votes are still being counted. Philly, a largely Black and Brown city, skews heavily Democrat. A major surge from this area and the suburbs could give Pennsylvania back to Democrats after losing it in 2016.

And lastly, Wayne County, which contains the super Black city of Detroit, has yet to get a vast majority of their mail-in votes counted that could impact Michigan. Democrats lost Michigan in 2016, but there is a chance for that to change thanks to Black voters.

In other words, there is still hope. This election is not over by a long shot, and while white voters and Latinos in certain areas (side-eying Miami) have dropped the ball in voting this racist out — Black voters are proving yet again why America doesn’t deserve our brilliance, perseverance, and strength. This is our election to win and when we do, can’t nobody tell us anything.

But until then, light some sage, drink water, rest, pray, and believe in Black voters. 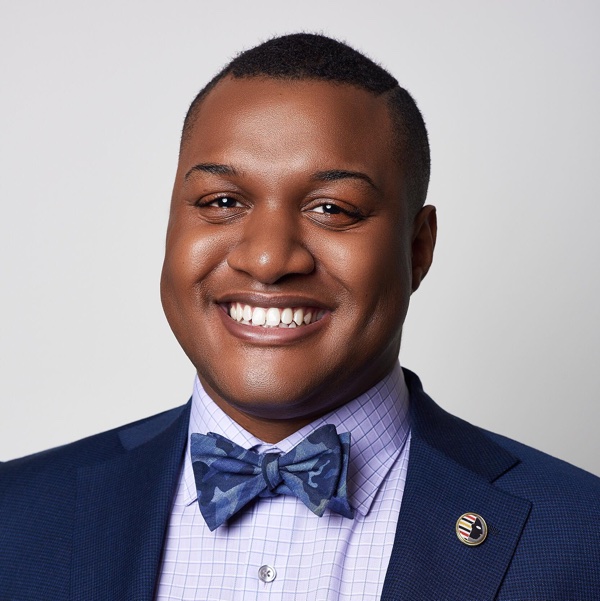 Ernest Owens is the Editor at Large of Philadelphia magazine and CEO of Ernest Media Empire, LLC. The award-winning journalist has written for The New York Times, NBC News, USA Today and several other major publications. Follow him on Facebook, Twitter, or Instagram and ernestowens.com.

Have you subscribed to theGrio’s podcast “Dear Culture”? Download our newest episodes now!

The post Don’t worry, mail-in ballots and Black voters might just save us from Trump appeared first on TheGrio.

No Charges for NYPD Officer Seen on Video...

Matt Gaetz’s Weekend Is Off to a Horrible...